Dr. Lu has served as our CEO since he co-founded Senti Bio in 2016. Since 2010, Dr. Lu has been an MIT faculty member in the departments of Biological Engineering and Electrical Engineering and Computer Science. In addition, Dr. Lu has been a co-founder and a Scientific Advisory Board member to a number of biotechnology and biopharmaceutical companies, including BiomX, Corvium, Eligo Bioscience, Engine Biosciences, Synlogic and Tango Therapeutics.

Dr. Lu earned his M.D. from Harvard Medical School and his Ph.D. in Electrical and Biomedical Engineering from Massachusetts Institute of Technology as part of the Harvard-MIT Health Sciences and Technology Medical Engineering and Medical Physics Program. Dr. Lu has extensive experience in the field of synthetic biology and has received numerous awards: NIH New Innovator Award, US President Early Career Award for Scientists and Engineers, MIT Technology Review’s TR35, Navy and Army Young Investigator Prizes and others.

Mr. Herberts has served as our Chief Operating Officer since 2021. As COO, he is responsible for core areas of the company including Program Leadership, People Operations, Corporate Development & Alliance Management as well as Legal & Intellectual Property. He has served as Treasurer since 2020, Secretary since 2018 and, from 2018 to 2021, Chief Financial Officer and Chief Business Officer. Mr. Herberts is a seasoned business leader with experience in corporate strategy, finance, business operations, commercialization and building high performing life science organizations. Prior to joining Senti Bio, Mr. Herberts held various positions at Sangamo Therapeutics, including as Senior Vice President and Chief Business Officer from 2016 to 2018, and Vice President and Head of Corporate Development from 2015 to 2016. Prior to Sangamo Therapeutics, Mr. Herberts served in various positions at Campbell Alliance Group (acquired by inVentiv Health).

Mr. Herberts earned his B.A. in Human Biology from Stanford University and his Master of Business and Science from the Keck Graduate Institute of Applied Life Sciences.

Dr. Knobelman has served as our CFO since joining Senti Bio in 2021. She brings over 20 years of experience on Wall Street and in the biopharma industry. Dr. Knobelman served in interim C-Suite roles for numerous life sciences companies and, prior to that, as CFO for GeneriCo Pharmaceuticals and CBO for Ampio Pharmaceuticals. In these positions, she led a wide range of public and private financing efforts, corporate strategy and finance, and investor relations activities. Earlier in her career, within Pfizer’s Primary Care business, she focused on commercial strategies for Primary Care products, and was involved in operational planning and budgeting. Dr. Knobelman began her career on Wall Street as an Equity Research Analyst covering Specialty Pharmaceuticals and Biotech for JPMorgan and Piper Jaffray, where she was named to Institutional Investor’s list of “Next Generation Analysts”.

Dr. Knobelman earned her PhD in Pharmacology from the University of Pennsylvania, and an AB with Distinction in Chemistry from Duke University.

Dr. Lee became our CTO in 2021 and is one of our co-founders. He served as our Chief Operating Officer from 2018 to 2021, as our President from 2016 to 2018, and as our Treasurer from 2016 to 2020. Prior to joining Senti Bio, Dr. Lee held various positions at MilliporeSigma, a division of Merck KGaA, including as the Head of Cell Culture Systems from 2014 to 2016 and Senior Manager of Science & Technology and New Business Initiatives Lead from 2012 to 2014. Dr. Lee co-founded CellASIC Corp. in 2004 and served as its Chief Executive Officer until it was acquired by Merck KGaA in 2012.

Dr. Lu has served as our CEO since he co-founded Senti Bio in 2016. Since 2010, Dr. Lu has been an MIT faculty member in the departments of Biological Engineering and Electrical Engineering and Computer Science. In addition, Dr. Lu has been a co-founder and a Scientific Advisory Board member to a number of biotechnology and biopharmaceutical companies, including BiomX, Corvium, Eligo Bioscience, Engine Biosciences, Synlogic and Tango Therapeutics.

Dr. Lu earned his M.D. from Harvard Medical School and his Ph.D. in Electrical and Biomedical Engineering from Massachusetts Institute of Technology as part of the Harvard-MIT Health Sciences and Technology Medical Engineering and Medical Physics Program. Dr. Lu has extensive experience in the field of synthetic biology and has received numerous awards: NIH New Innovator Award, US President Early Career Award for Scientists and Engineers, MIT Technology Review’s TR35, Navy and Army Young Investigator Prizes and others.

Susan Berland has served as a member of our board of directors since June 2021. Most recently Ms. Berland was the Acting Chief Financial Officer (CFO) of Bluestar Genomics. Prior to Bluestar Genomics, she was CFO at Atreca, a biotechnology company developing novel immunotherapies where she played a key role in closing several strategic financings. As a consultant to the life sciences industry, she has advised numerous companies and was a co-founder of Veracyte Inc. Ms. Berland held leadership positions at Monsanto Company as Head of Financial Planning and as Director of Mergers & Acquisitions.

Ms. Berland earned MBA and BA degrees from the University of Wisconsin - Milwaukee.

Lee Cooper has served as a member of our board of directors since 2020. Mr. Cooper has served as Senior Director of Venture Investments with Leaps by Bayer, an investment arm of Bayer AG since 2020. Prior to joining Leaps, Mr. Cooper was Entrepreneur-in-Residence with RA Capital Management from 2018 to 2019 and the founder of Enlight Biosciences, a private biotechnology company, from 2018 to 2019. Previously, Mr. Cooper served as Associate Director, Business Development & Corporate Finance for Moderna Therapeutics from 2015 to 2017.

Mr. Cooper currently serves on the board of directors of various private companies, including Triumvira Immunologics, and FutuRx. Mr. Cooper earned his A.B. in Religion and Public Policy from Dartmouth College and his J.D. and M.B.A. from Columbia University where he currently lectures on topics in biotechnology.

Dr. Andreeff is a Professor of Medicine and holds the Paul and Mary Haas Chair in Genetics at the University of Texas MD Anderson Cancer Center. He has worked extensively on drug resistance in hematopoietic malignancies, such as acute myelogenous leukemia (AML), and developed or co-developed several new therapeutic agents. Dr. Andreeff has an MD and PhD from the University of Heidelberg Medical School, and additional training and faculty appointments at the Memorial Sloan-Kettering Cancer Center (MSKCC) in New York in the Departments of Pathology and Leukemia.

Dr. Fong is the Efim Guzik Distinguished Professor in Cancer Biology and leads the Cancer Immunotherapy Program at the University of California, San Francisco. Dr. Fong is a physician-scientist in UCSF’s Department of Medicine, Division of Hematology/Oncology directing both a translational research program and an NIH funded research lab. He has been focused on cancer immunotherapy for two decades and has been involved in both preclinical and clinical studies of FDA-approved immunotherapies including sipuleucel-T and immune checkpoint inhibitors. Dr. Fong has an MD from Stanford University, and a BA from Columbia University. He completed a residency in internal medicine at the University of Washington and completed an oncology fellowship at Stanford Medicine.

Dr. Fussenegger is a Professor of Biotechnology and Bioengineering at ETH Zurich. He is a pioneer in therapeutic synthetic biology and a member of the National Academy of Engineering, and is the recipient of numerous honors including the AIChE Bailey Award and the Merck Cell Culture Engineering Award. Dr. Fussenegger graduated with Werner Arber at the Biocenter of the University of Basel, has a PhD in Medical Microbiology from the Max Planck Institute for Biology, and completed his postdoctoral studies at the Max Planck Institute for Infection Biology.

Dr. Kalos is an independent advisor and consultant as well as an internationally recognized expert in T cell therapy, oncology vaccines and immuno-oncology with over 25 years of experience in both industry and academia. He has served in leadership and executive roles at Janssen, Eli Lilly and most recently at Arsenal Bio. Prior to industry, Dr. Kalos spent 10 years in academia, including founding and directing the Translational and Correlative Studies Laboratory at the University of Pennsylvania that played a key role in the development of the CTL019 program that was licensed to Novartis and commercialized as Kymriah, the first approved CAR-T cell therapy product. Dr. Kalos has a PhD from the University of Minnesota and completed post-doctoral training in the laboratory of Phil Greenberg at the Fred Hutchinson Cancer Research Center. He has over 85 peer-reviewed publications including multiple high-impact and field-defining manuscripts, and over 26 issued patents in the fields of cell therapy, immunotherapy and vaccines.

Dr. Khalil is an Associate Professor of Biomedical Engineering and the Associate Director of the Biological Design Center at Boston University, and a Visiting Scholar at the Wyss Institute at Harvard University. An expert in synthetic biology, Dr. Khalil has done pioneering work in designing transcription factors and gene regulatory systems for mammalian synthetic biology and therapeutic applications. He is a recipient of several awards including the DoD Vannevar Bush Faculty Fellowship, Presidential Early Career Award for Scientists and Engineers (PECASE), NIH New Innovator Award, NSF CAREER Award, DARPA Young Faculty Award and a Hartwell Foundation Biomedical Research Award. Dr. Khalil is a co-founder of K2 Biotechnologies and Fynch Biosciences, and a SAB member of Chroma Medicine. Dr. Khalil has a MS and PhD in Mechanical Engineering from Massachusetts Institute of Technology, as well as a BS in Mechanical Engineering from Stanford University.

Dr. Taylor is an independent consultant with two decades of biopharma experience in global development and commercialization of oncology drugs. Most recently he was the Chief Commercial Officer at Seagen, leading the organization for the launches of PADCEV (enfortumab vedotin) and Tukysa (tucatinib). He began his career at Genentech with leadership roles in Product Marketing, where he contributed to the success of several leading brands, including HERCEPTIN® (trastuzumab), AVASTIN® (bevacizumab) and ALECENSA® (alectinib). Subsequently, he was the Franchise Head for Immuno-Oncology (IO) at both Genentech/Roche and AstraZeneca, gaining significant experience in development and commercialization of IO therapies, including TECENTRIQ® (atezolizumab) and IMFINZI® (durvalumab). He earned a PhD in Molecular and Medical Genetics from the University of Toronto, an MBA from the University of California, Berkeley, and a BSc from the University of British Columbia.

Dr. Varney is the Chairman of R&D, SAB Member and Board Director at Erasca, an early-stage biotechnology company on a mission to erase cancer by shutting down key cancer pathways. Dr. Varney is a pioneer drug discoverer and biotech leader—he has led research and early drug development efforts at Agouron, the developers of an early HIV protease inhibitor, Viracept®, as well as multiple approved anti-cancer agents, including Xalkori® (crizotinib) and Inlyta® (axitinib). Dr. Varney was instrumental in expanding Genentech’s drug discovery capabilities to include small molecules, building an organization that produced anti-cancer drugs Erivedge® (vismodegib) and Cotellic® (cobimetinib). He most recently retired from Genentech as the Head of Research and Early Development. Dr. Varney has a BS in Chemistry from the University of California, Los Angeles, and a PhD in synthetic organic chemistry from the California Institute of Technology. He was an American Cancer Society postdoctoral fellow at Columbia University.

Dr. Wong is an Associate Professor at Boston University. He is an expert in immune cell engineering and synthetic biology for therapeutic applications. Dr. Wong’s research has been published in numerous high-impact journals including Nature, Nature Biotechnology, Cell and PNAS. Dr. Wong has been recognized with multiple early academic career awards, including the NIH New Innovator Award, the ACS Synthetic Biology Young Investigator Award and the NSF CAREER Award. Dr. Wong has a BS in Chemical Engineering from the University of California, Berkeley, and a PhD in Chemical and Biomolecular Engineering from the University of California, Los Angeles. Dr. Wong completed his postdoctoral studies in the laboratory of Professor Wendell Lim at University of California, San Francisco.

Our investors and partners

Our industry-leading partners share our vision of synthetic biology becoming an important pillar in next-generation cell and gene therapy. 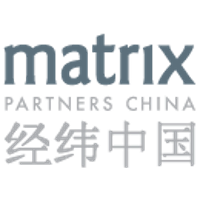 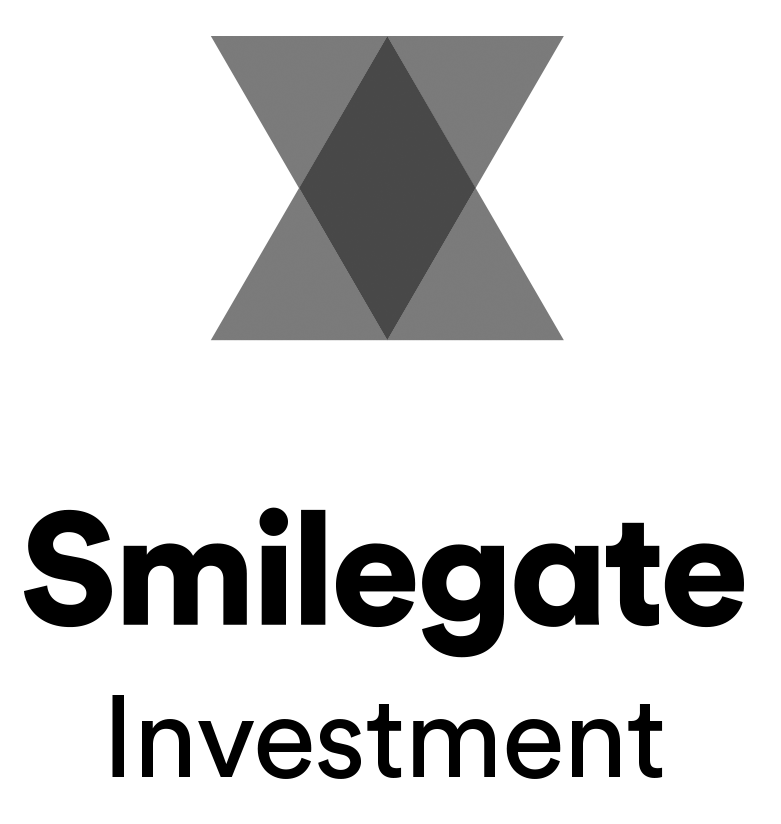 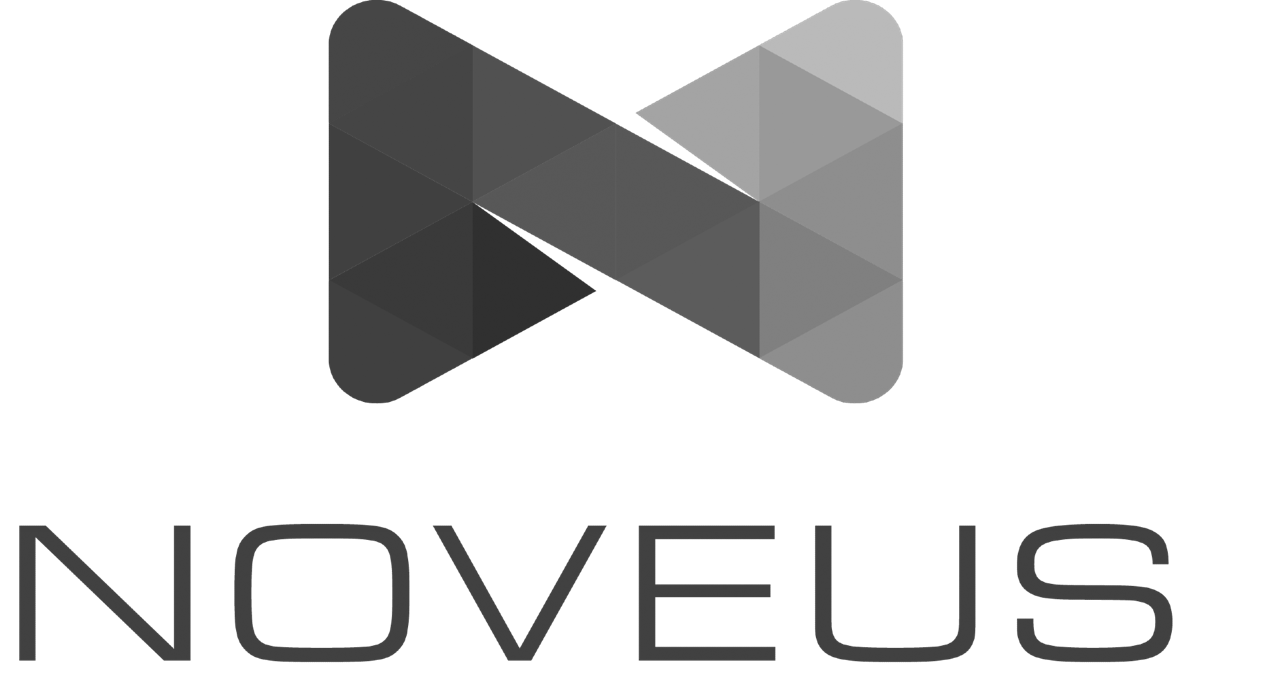